The Madams of Vices, A Victorian Themed Outfit 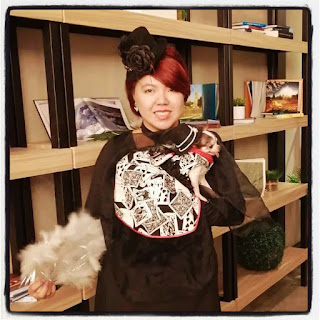 Last July 27, 2019, The Trading Post at One BGC held their first pet event called Bark at One. In it, the event featured a mini Pet Bazaar, Talks on Pet Nutrition, a mini show by Shopawhowlique and a Pet Fashion Competition. 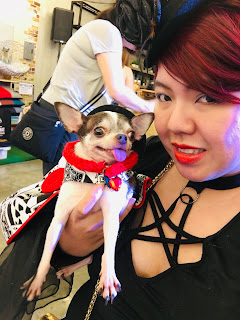 The Pet Fashion Competition featured a Victorian Theme. This could be interretted any way. Chichi and I have our little theme going on.
The Victorian Era spanned from 18th to 19th Century. In this age, many things have ocured and it occured all across the globe. How can Chichi and I chose? The Victorian Age is so vast! So broad! But so chic! 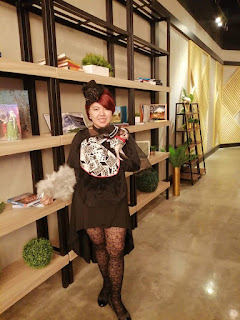 Chichi and I decided to wear this contrasting number. She is wearing a gown of red, white and black which had a prevailing cards print. Roses and lace accented the gown. The designer (me) wore a black dress with a prominent pentagram on the chest. Her hair is red and she had a matching mini top hat to match Chichi's. To top the whole look, a white feathered fan hid or revealed little Chichi. 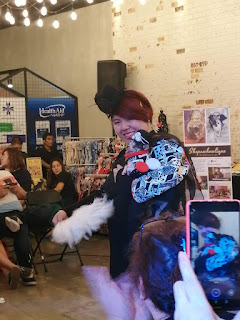 This double ensemble represented the vices of the Victorian Age. Black Magic Mysticism, Gambling and Ladies of the Night were rampant during this age.
To our surprise, we won second place! 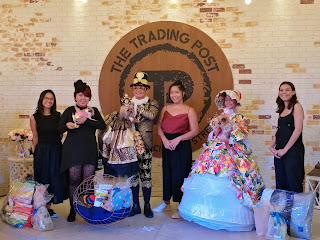 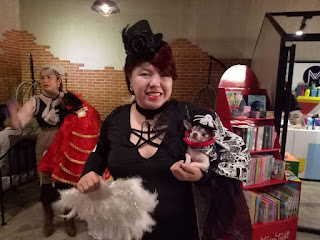 Chichi and I would like to thank everyone who came to support us during the event!
Posted by Baby Moon Maita at 6:28 AM